Your Guide To Artificial Intelligence

Your Guide To Artificial Intelligence

Artificial Intelligence (AI) conjures thoughts of robots, drones, driverless cars, and virtual assistants for many of us today. To an extent, this is true, but with many misconceptions, it’s not clear exactly what AI is and how it benefits society. This article will dive into artificial intelligence definitions and explore how AI shapes our society, taking a deeper look at AI’s leading drivers.

First, one should clearly explain the term “Intelligence” and the distinction between Natural and Artificial Intelligence.

Intelligence has been defined in different periods of our time, mentioning capacity for logic, understanding, emotions, planning, and learning. There are even theories detailing different types of Intelligence, such as Gardner’s multiple intelligences.

As it was researched, the main focus of AI has been to work with those cognitive abilities, and it resulted in several technologies which are almost mirroring those.  AI has become a collection of multiple technologies comprising Machine Learning, Deep Learning, Natural Language Processing, Robotics, Computer Vision, Speech Recognition, Language Translation, and Expert Systems.

So, how can we define Artificial Intelligence?

AI is a leading digital transformation technology and a branch of Computer Science in which machines tend to learn and make decisions similar to humans. It’s often referred to as “Machine Intelligence”, essentially demonstrating intelligence via machine learning in contrast to humans’ natural intelligence.

In the past, machines have ideally performed based on commands and programs provided by humans. However, in recent years, these machines are slowly being empowered to think, observe, analyze and learn from data (not programs) just as our human brains do. AI becomes smarter with time when it is exposed to more diverse data sets and patterns.

There is no standard definition today, and it would be difficult to give a straightforward one. So let me propose to you several ones:

More recently, in one of our podcasts with Simone Jo Moore, we also talked about the forms of AI from Kirk Borne, instead of “Artificial” rather as “Augmented”, “Accelerated” and  “Assisted Intelligence”.

Artificial Intelligence is Shaping our Society

It’s only in these recent years that most of us even realized AI was so much a part of our lives. But when we give a little thought to it, it is close to us, in our daily lives. Just thinking of Siri, Netflix, Spotify, and your banking App, or writing assistant on Gmail, not a day passes by without AI involvement.

AI is, indeed, considered to be at the core of the 4th Industrial Revolution:

The 4th and current one focuses on Big Data Analytics, AI, Advanced Robotics, Digital Twins, and other evolving technologies. The term was first coined in 1955 by John McCarthy at a conference in Dartmouth, USA. Over the next few decades, AI research experiences optimism and disappointment, most notably the loss of funding, consequently being termed “AI winter”. With renewed funding and the advent of fast Internet speeds, robust hardware/software systems, the emergence of social media and big data, AI started witnessing success in different fields.

That could not be more true; nearly all the industries have taken a step into AI; some are just trying to “do AI”, but others revolutionize consumer behavior and experiences.

We took a deep dive into what was pushing the market towards AI, and we found five major drivers:

We can categorize AI technologies by their capacity to mimic human cognitive abilities. After covering the different definitions of AI as well as its drivers, let’s go over the three main types of AI that you can find out there:

Artificial Narrow Intelligence (ANI), also known as “weak’ AI, is designed and trained for a single or conduct of a specific set of tasks. It is the only type of Artificial Intelligence successfully realized up to now.

Think of Amazon’s Alexa, Google’s assistance, or Apple’s Siri. These programs simulate human knowledge within a specific set of parameters that focus on:

Artificial General Intelligence (AGI) is also known as “Strong”, and this system can exhibit generalized human cognitive abilities. It can understand, learn and reason within its environment, just like a human. But as researchers are trying to replicate the human brain’s functionality, which is not yet fully understood, it only makes sense that it’s not achieved.

Artificial Super Intelligence (ASI) surpasses human intelligence in all aspects from creativity, to general wisdom, to problem-solving. This one is probably the most acknowledged due to the many dystopian science fiction appearances in pop-culture scenes. It is, however, the one that is the furthest to our reality.

A Bright Future Ahead

As you can see, AI has more to offer than robots and automation, and its potential is still to be realized. AI technologies have reshaped business’s capacity at a global level enabling people to automate previously time-consuming tasks and gain uncovered insights into their data through fast pattern recognition.

CCC’s vision is to enable humans to work best with machines together. Having machines doing the heavy lifting and repetitive tasks, humans can focus on creative, productive work to enhance organization and the world as a whole.

Courses to help you get
results with Artificial Intelligence 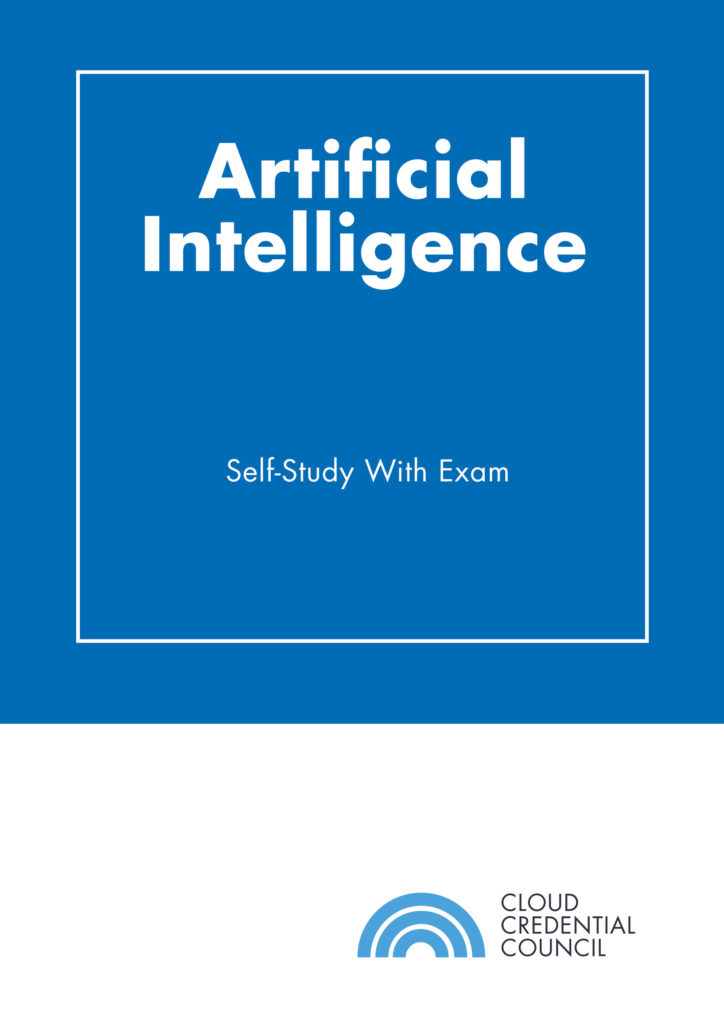 The CCC’s Artificial Intelligence (AI) Foundation™ course provides an overview and insight into the critical emerging technology of Artificial Intelligence to organizations and individuals around the world. This vendor-neutral, cross-industry foundation course: Builds upon the AI definition, its evolution, concepts, and applications.  Provides an introduction to machine learning concepts. Explains the main business drivers and…