The 3 Greatest AI Moments of the 10s

The recent development of computer systems able to perform tasks otherwise requiring human intelligence belongs in the pantheon of the greatest human achievements. In the decade that just came to an end, it seemed that a week didn’t pass by in which a new AI-related story didn’t breakthrough that grabbed everyone’s hearts and minds. The fourth industrial revolution is gaining pace to such an extent that keeping up with the latest innovations can be a challenge.

Many of the major accomplishments in the progress of the field were inconceivable a few years ago. Even top thought leaders are caught flabbergasted at the swiftness of its evolution and revisit their estimates. Indeed, in a Journal of Artificial Intelligence Research article from 2017 on “When Will AI Exceed Human Performance?“ the enquired scientists reported that there is a “50% chance of AI outperforming humans in all tasks in 45 years and of automating all human jobs in 120 years”.

Besides the obvious reduction of operational costs, many of these developments will also contribute to the efficiency of decision-making and free humans from ‘routine work’. As difficult as it may be to narrow it all down to three key moments, IBM Watson’s and AlphaGo’s victories, as well as self-driving cars, are strong contenders of AI achievements to be listed in the next generation’s school books. One thing is certain: they’ll be remembered by those who lived through its consequences, even if unknowingly.

IBM Watson’s Shows off Its Natural Language Skills on Jeopardy! (2011)

Few AI moments better represent the zeitgeist of the early 10’s than IBM Watson’s victory at the American TV game show Jeopardy!. Since the historical six-game chess matches between Deep Blue versus Garry Kasparov that AI-skeptics have claimed machines could only surpass humans on activities dependent on their capacity to fetch information from giant databases of information. What made IBM Watson such a strong competitor in this game, however, was its linguistic and analytical abilities. As Clive Thompson reports for The New York Times, it is its extraordinary capacity to “quickly understand a question posed in everyday human elocution (so-called “natural language”)” that has left to this day a mark on the collective psyche. The application of these natural language skills has become commonplace since then with virtually everyone being acquainted with virtual assistants such as Apple Siri and Google Duplex. As it happens, Google has gone as far as claiming its speech recognition is now 92% accurate and that it passes the Turing test in the domain of making appointments. 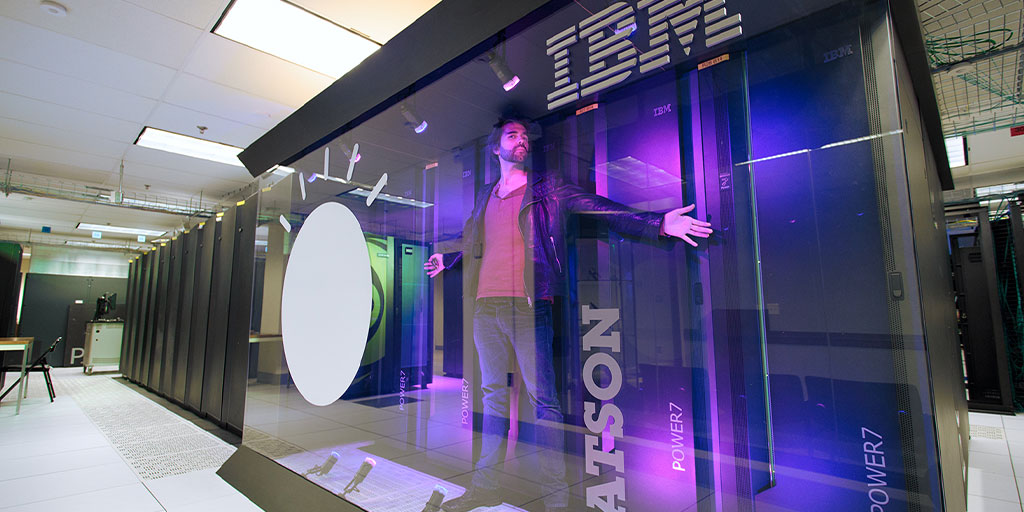 IBM Watson’s victory represents AI becoming ever closer to emulating what makes humans distinct. This was not only a symbolic victory. Unlike Deep Blue, it has found various commercial applications such as carrying out utilization management decisions in lung cancer treatment at Memorial Sloan Kettering Cancer Center, New York City. Other uses include improving the customer experience platform of Genesys Telecommunications Laboratories and strategizing social influencer campaigns for Condé Nast brands.

Go, the abstract strategy board game renowned for its complexity had long been regarded as a hard problem in machine learning. One not expected to be surpassed so early on. That was until DeepMind Technologies’ AlphaGo beat one of the best Go players in the world, Lee Sedol. This historical moment was recorded in what turned out to be one of the best documentaries of the year: titled, “AlphaGo”. 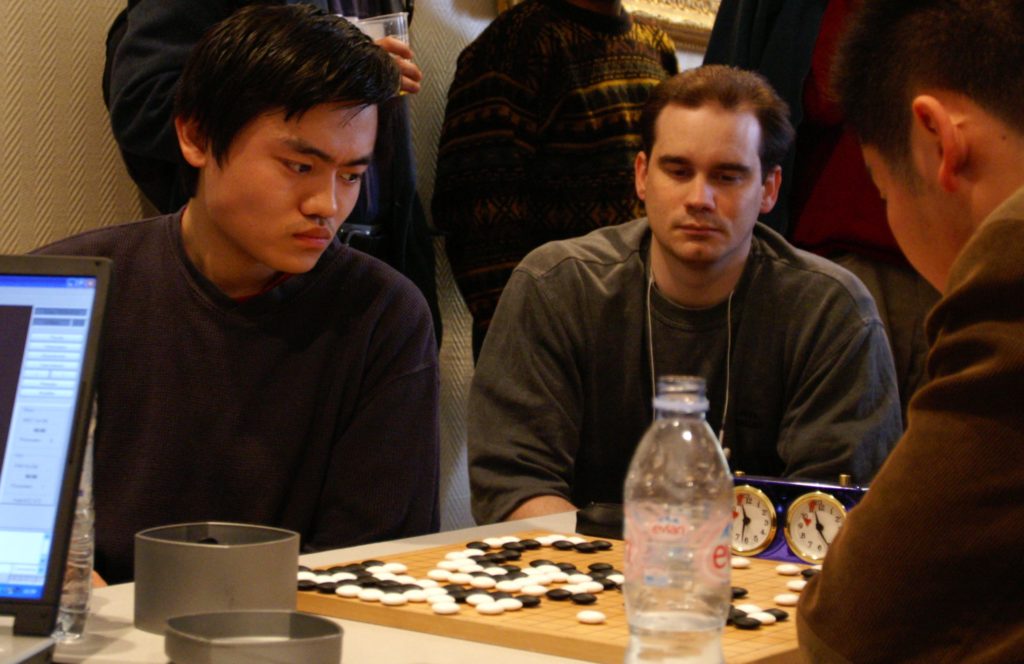 What made this a significant improvement over Deep Blue or IBM Watson is that its underlying algorithms reveal the potential of AI to be more general-purpose. Unlike chess, after all, this 3000-year-old game is not closed. There are too many possibilities to be accounted for. This means that custom-built search trees could not grant AI a victory this time around.  Only through machine learning and sophisticated artificial neural networks did it manage to win as it was capable to learn the game as it played. This has been seen by some members of the scientific community as another step towards artificial general intelligence (AGI). In layman’s words, towards creating a machine capable of understanding or learning any task a human being can. By virtue of acquiring human’s elusive “intuition”. This is a clear advancement from artificial narrow intelligence in which a system is designed and trained for a single task.

AlphaGo has since then been replaced by AlphaGo Master, AlphaGo Zero and AlphaZero, which are far superior. The latter can also play chess and Shogi in what has been described as a quantum leap forward in deep learning. The overwhelming success of AlphaGo’s endeavor has led notable AI researcher Stuart Russell to state that AI methods were progressing at such a faster pace than expected that “in order to ensure that increasingly powerful AI systems remain completely under human control… there is a lot of work to do.”

Due to its more self-evident practical effect on the day-to-day lives of millions of people, the emergence of self-driving cars was a turning point in the collective acknowledgment of the radical promise of AI.

The idea of developing vehicles not dependent on human input is by no means new. As shocking as it may sound, it had already been envisioned back in the ‘20s and the idea gained traction in the 1939 New York World’s Fair. By 1984 the first self-sufficient and self-driven car was created by Carnegie Mellon University with its Navlab and ALV vehicles. 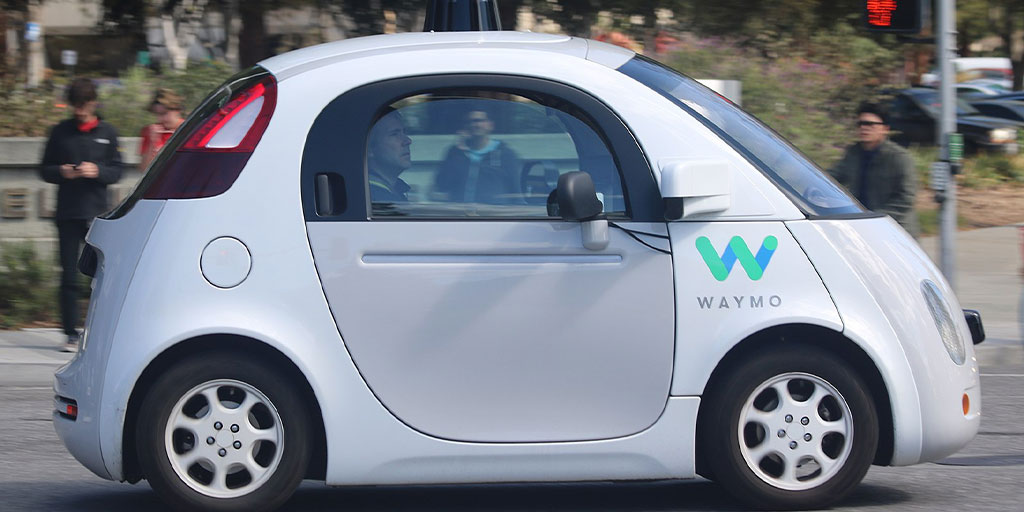 It is only in 2018 with the launch of Google spin-off Waymo’s taxi service as the first commercial autonomous vehicle hire service in Phoenix, Arizona, that it became clear its application isn’t only a utopian dream. By the end of 2018, there were already approximately 1,500 monthly active users members of Waymo’s services driving to their schools and workplaces within a 100 square mile area. That is not to say, nonetheless, that this is the endeavor of a single company. In fact, there were already 30 companies known to utilize AI in the creation of self-driving cars back in 2016.

The likely benefits of its large-scale commercial implementation include a significant improvement in safety which is estimated to save at least half a million lives. The University of Michigan has created a city (MCity Test Facility) for the sole purpose of testing AR and other virtual technologies. Enormous efforts are being made to keep pushing the envelope. If Intel’s estimate that the self-driving car will be at the heart of a $7 trillion market by 2050, commuting by doing little more than buckling up might not happen in such a distant future.

It is undeniable that the ‘10s were a period of enormous importance in the history of AI development. More and more evidence of its various applications are to be expected in the upcoming years. Not only of autonomous intelligence but also automated, assisted and augmented.

There has never been a better time to delve into the fundamentals of AI and start looking for opportunities in which to apply industry-relevant knowledge.