Cloud testing is a cost-effective way of software testing and is in high demand.

In cloud testing, web applications that use cloud computing environments attempt to replicate real-world user traffic. Many companies, such as SOASTA and IBM, provide cloud-based testing services, such as performance testing, load testing, and web-based application testing. These services also offer the facility to test the environments hosted in the cloud.

Like software testing, cloud testing also has a life cycle that consists of various steps.

Many types of tests are performed to test an application. Some of these include:

● Stress: It tests an application under excessive stress to know its breaking point. The stress testing is performed to determine the stability of an application.

● Load: It is performed under a specific load to understand the behavior/functionality/response of an application.

● Performance: It is performed under specific workloads to determine the responsiveness and scalability of an application. This type of testing helps to find thresholds, bottlenecks, and limitations of an application.

● Functional: It is a black box testing that can be done for both Internet and non-Internet applications in a cloud environment. The functional testing verifies that an application functions correctly under the specified software design requirements.

● Compatibility: It is performed to check the compatibility of an application or system against the other objects, such as web browsers, hardware platforms, and Operating Systems (OSs). The compatibility testing has proved effortless for a cloud environment due to its capability to create multiple instances of OSs on demand.

● Browser performance: It is used to check whether different types of browsers can support the application under testing without impacting the performance.

● Latency: It is performed to calculate the latency between user’s input and the expected outcome for any application. Latency, in the context of software testing, is the duration for which the users wait for the intended outcome from an application. 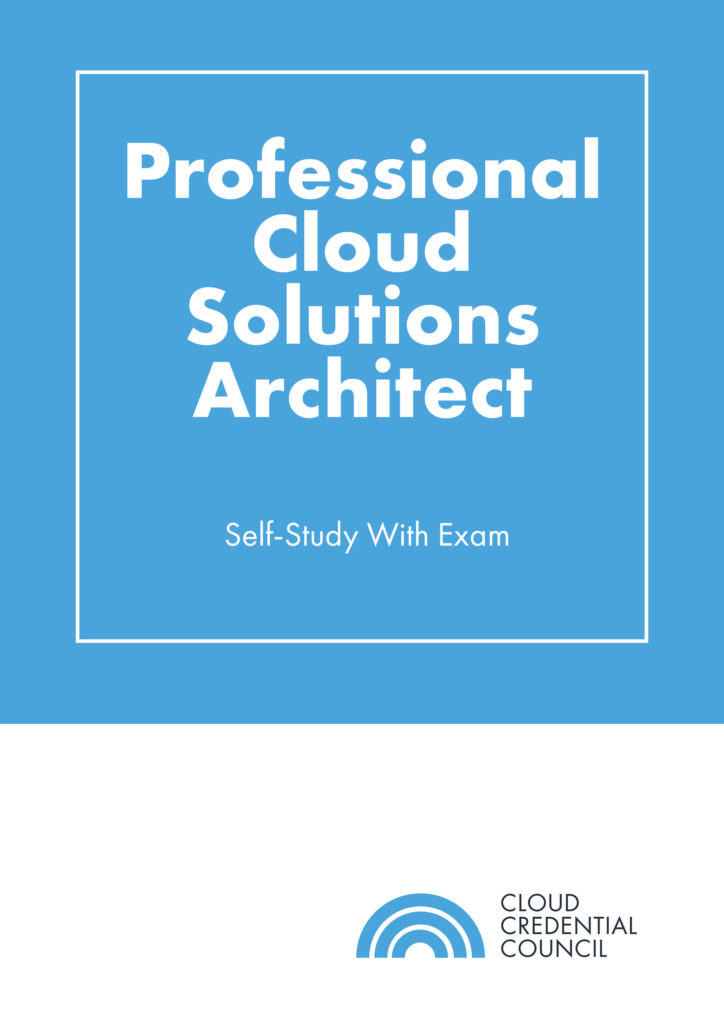 The industry-recognized CCC Professional Cloud Solutions Architect™ certification is based on the Cloud standards developed by NIST and aims to empower you to design the future generation of technology solutions. A great understanding of the most important technologies, platforms, and Cloud standards is provided via hands-on, practical exercises, and case studies. The purpose is to…